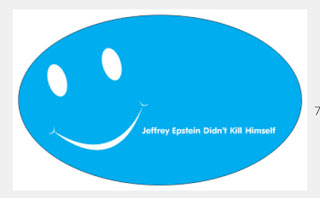 What a coincidence! I’ve been talking about Lord Louis Mountbatten most of today. He’s Prince Philip’s uncle.

I’ve been reading about him all week. Yes that Mountbatten! The Duke of Edinburgh’s uncle. So I sit down to watch The Crown & he is totally dissed. But they’ve only addressed about one quarter of the real story.

Jen & I said far, far worse recording the podcast today. Like why was he friends with notorious child abuser, Jimmy Saville?

Below is an excerpt from The Crown Season three. Apparently he was a “pompous arse.”

Do you think Epstein killed himself? Was Epstein murdered? What about Epstein’s Clinton painting? Why was Epstein taken off suicide watch? Can Prince Andrew sweat? Did Prince Andrew step down?

This podcast is important to us. Why is that? because we’re not only journalists, we are mums, I have nieces,  my friends have daughters.We are women and the thing is we’ve been seeing all these articles this all this about it and they keep using the term underage women and that wrong it was raping children 14-year-olds with braces on sinking and then that same 14-year-old has admitted that she went on to procure between 1780 other girls.This is just so massive on a global scale so what we thought we do it is the ultimate deep dive we need to get into the beginning of all this family but will also be telling you what it saying was doing in the 70s and 80s as well.