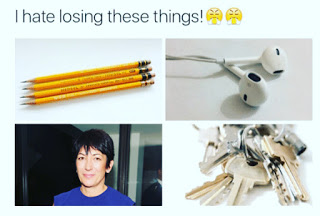 It’s not THE Royal in the news – Maxwell wanted a novelist to write her life story and call it Royal Blue.

This is the account of Prince Andrew’s distant cousin and the sister of 80s soap star, Catherine Oxenberg.

Ms Oxenberg, who had been working on her semi-autobiographical novel Royal Blue, says Maxwell told her: ‘What I want from you is my Royal Blue.”

‘Jeffrey and I can’t go on not being married. It doesn’t look right. And I love him. I’ve done everything for him. Everything he’s asked.

‘With this autobiography that you are going to write for me about my life he will fall in love with me. He will respect me finally. And then he will marry me. And that’s my goal.’

Ms Oxenberg, who is publishing her memoirs via the website Patreon, said that this was ‘long before anyone of the public including myself knew anything nefarious was going on behind the scenes’.

The account continues in The Daily Mail: “Ms Oxenberg said Maxwell rang her in 1997 with instructions to meet at her Manhattan flat, which she says was ‘nicely decorated, if you appreciate conventional chintz and predictable, oversized faux Ming vases’.

This is hilarious considering Ghislaine’s taste for red walls and giant murals featuring boobs in the woods.

‘We sat together and were served iced tea by a maid in uniform,’ Ms Oxenberg said.

‘Maxwell got through the perfunctory politesse of social norms and then she got serious and she started to pace around the room with her hands on her slim hips and eyes staring off into some middle distance, visualising the hopes of her future.’

As you’d expect I differ with Ms Oxenberg on Prince Andrew’s role in this scandal but her writing is entertaining. Some of it has to be true? She has no reason to lie, so I think this account fits what we know about Ghislaine, Epstein’s co-conspirator.
No reason to lie. All the reason to embellish. Bring it on, Christina!

Do you think Epstein killed himself? Was Epstein murdered? What about Epstein’s Clinton painting? Why was Epstein taken off suicide watch? Can Prince Andrew sweat? Where is Ghislaine Maxwell?