We are Real Housewives Super Fans and our two obsessions have collided.
So it’s time we looked into links between the housewives and Epstein because the dead pedophile had tentacles everywhere.

From the blog: News of the departure of Dorinda Medley from the New York real housewives franchise hit the media today and even brought former housewife Carole Radziwill out of her fancy apartment.

It didn’t take long for people on Twitter to ask Carole about her friendship of almost a decade with Ghislaine Maxwell.

As I read this, I came along the most fascinating thread about the New York ladies. It probed their social links & it wasn’t only about fame. It was a tale about Epstein and, more specifically, his money.

Carole Radziwill acknowledges she met Maxwell in the early 2000s but said she hadn’t spoken to her for a decade.

She added, “Ghislaine and I had a very good mutual friend … So, randomly, I get a phone call from Ghislaine Maxwell, who I never had heard of, didn’t know, and she said, ‘Our friend, Lisa, told me to call you … I know a lot of people in London and I want to make sure you’re okay and you have things to do.’ And it was very nice.”

About a half hour after Carole Radziwill got off the phone with Ghislaine Maxwell back in December 1999, sshe received another call — this time from Prince Andrew.

Assuming that he’d been filled in on her husband’s passing he said, “I would like to take you to dinner and to the ballet, if you’d like. I would love to do that for you.”

I found another thread by the same author which looked at the cash encircling Epstein and the powerbrokers. As a consequence, I sat up and took notice.

Here is the thread: If you read this know that I cannot vouch for the author. Plus your favourite politician may be in it, so don’t yell at me for I am Australian and we have our own problems.

Yolanda Hadid and her superstar daughter, Gigi, are emphatically denying the claims made by a Dutch data researcher.

There’s no suggestion that Ms Hadid knows of or participated in anything illegal.

The big data expert is alleging a former real housewives star was a confidante of Epstein coconspirator Maxwell and claimed the UK socialite may have stayed with her recently. Here’s how Henk Van Ess came to the conclusion.

Gigi backs her mother, who says she has never met Ms Maxwell.

There’s some gossipy background as to why these rumours about Yolanda have sprouted. I’m going to let Tamara Tattles (a gossip blog but a good one) tell you what we’ve also heard:

Now to my previous work:

So it’s time we looked into links between the housewives and Epstein because the dead pedophile had tentacles everywhere. I will be sticking to the Bravo shows that I have watched because this task requires context.

So here are my shows:

3. The Ladies of London

4. Flipping Out (all will be revealed).

Disclaimer: I’m from Australia, so there will be links and context that I’ve missed. Please let me know and I can amend this post.

Plus just because someone knew/had a photo taken with/provided services to /flew on a plane with Epstein or his henchwoman Ghislaine Maxwell it doesn’t mean they committed a crime.

Carole was friendly with Epstein’s she-monster Ghislaine Maxwell. The dead pedophile’s missing coconspirator took the author photo for Radziwill’s book What Remains (which was totally not ghostwritten, Aviva!)

But as we know from Carole’s friendships on RHONY, she may have given the impression she was friends with Ghislaine but actually she wasn’t (as with Tinsley).

This link is tenuous but the blonde in these photos (above) with Ghislaine Maxwell is the wife of one of Tinsley’s ex-in-laws. Her name is Gigi Mortimer.

Here she is (pictured below) on the day of Topper Mortimer’s (Tinsley’s ex) recent wedding.

Gigi’s husband was the best man. There are so many Mortimers I can’t work out what the precise relationship is between Topper and Avie.

Again, this is the longest of long bows but the New York social scene may have seen Sonja and Ghislaine Maxwell meeting in the past at some point.

I’ve managed to find them both at the 2007 launch of Allegra Hicks’ boutique (the clothing retailer is a relation of Prince Andrew).

But whether they met that night is uncertain. I really have nothing here, so we should move on. 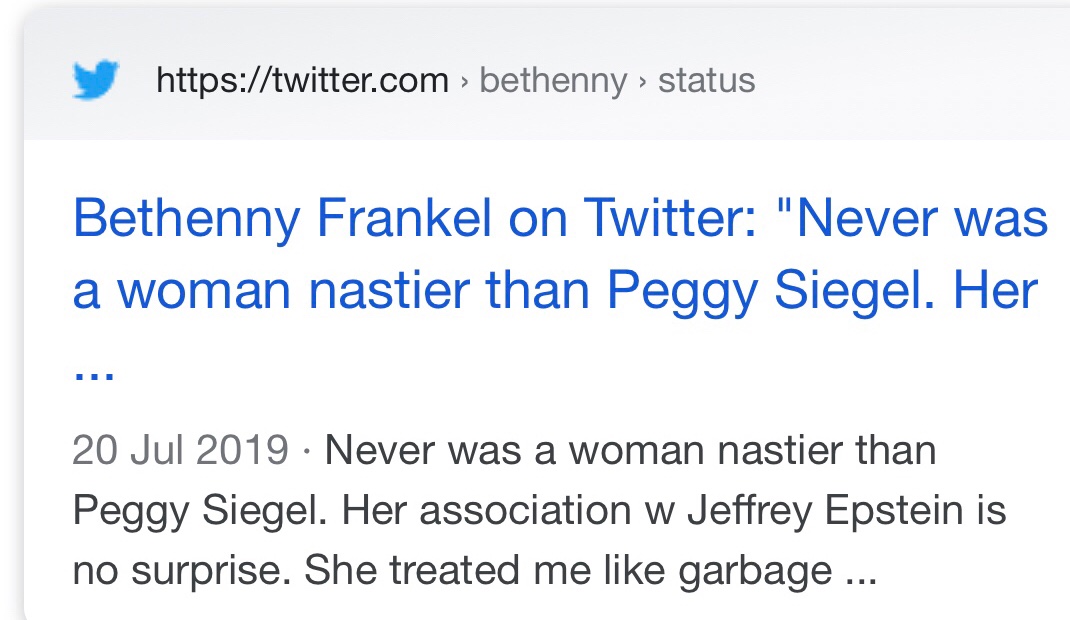 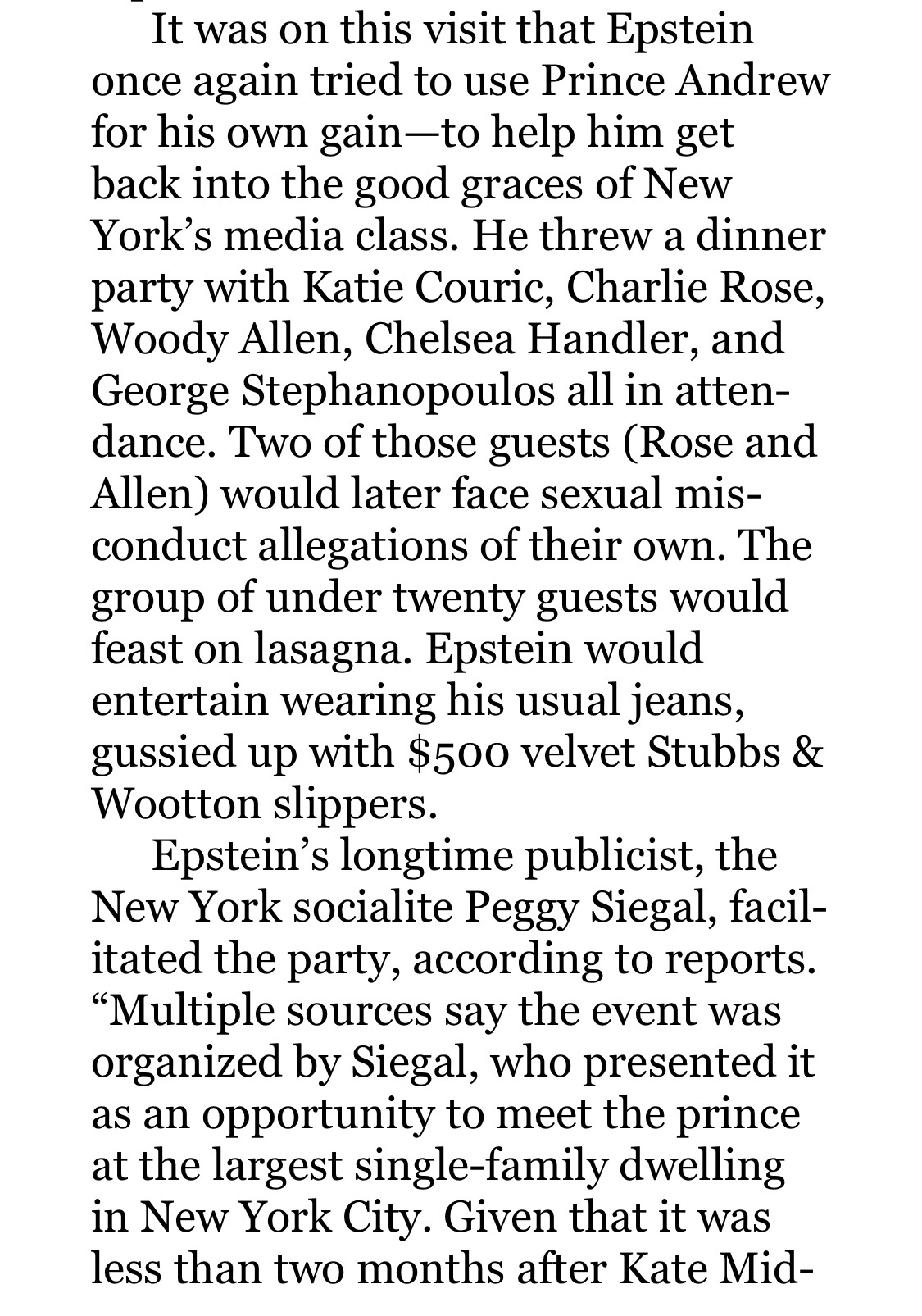 She’s the aunt of the Hilton sisters, Paris and Nicky, through her sister, Kathy, who is the girls’ mother.

The last time Ghislaine Maxwell was spotted in public was at a 2019 motor racing event attended by Paris Hilton.

The Ladies of London star denied she ever dated Andrew & said she known him since she was a child.

It’s likely she blew off the Duke of York because he’s a total moron. She doesn’t need to be a Duchess because she is already a Queen.

Prince Andrew pulled out an unusual courting technique for the former Ladies of London star – he invited her to his mother’s throne room.

A source said: “He took her to Buckingham Palace twice, and on one occasion she sat on the queen’s throne,” a source close to the model said.

“This means Caprice would have been admitted into the Throne Room, which prominently displays the throne, upholstered in crimson silk, that was made for the queen’s coronation in 1953, and another chair later made for her husband, Prince Philip.

Well that’s awkward because Andrew has a tendency to take visitors to the throne room.

As an American, she was thoroughly entertained at the notion he was a part of the royal family,” the friend told The Sun about the series of hush-hush dates Caprice and Andrew went on. “Plus all the secretive rendezvous, although unnecessary, were a great family dinner conversation point.”

Unfortunately for Andrew, Caprice, who also competed on the TV show “Dancing On Ice,” never reciprocated his romantic feelings and their dates were platonic. “She never fancied him” and ultimately “ghosted” him, the friend said.

Her experience with Jeffrey Epstein and Ghislaine Maxwell is so disturbing. This is exactly how people are entrapped into sex slavery.

Adela King, 45, alleged in an Instagram post that she had a lucky escape from the disgraced financier after she was once approached by Maxwell under the premise of doing some modelling work.

It was a very close call after meeting Epstein and Ghislaine Maxwell.

“When I got to Claridges they called up to Epstein and announced my arrival so I got into the lift to his floor and as I was walking down the corridor two women came out of his suite and were obviously in a hurry and falling over themselves laughing one was Ghislaine … this didn’t sit right with me but I went ahead anyway.

“Epstein opened the door to his suite and sat down on his sofa and looked through my portfolio and then instructed me to pose in a degrading way and said he’d be in touch.”

She added: “A few days later I went to a friend’s birthday in the private room of a restaurant.

“Ghislainemaxwell walked in and when she saw me she was mortified she couldn’t believe I ran in the same circles as her.

“I told some friends at dinner about my encounter with her and Epstein and they told me she recruited women for threesomes with them both!

“I was in shock how I’d been so stupid! But I believe that dinner saved me from something far worse and thankfully I never heard from them again.”

I’ve never seen the Real Housewives of Miami but I’ve watched Lea Black on Flipping Out.

Her husband was one of Epstein’s lawyers but that doesn’t mean much because Epstein needed many, many attorneys.

“Operation GGO” – “get Ghislaine out of jail” campaign – has been launched as her family complain that her human rights have been violated — Read on http://www.telegraph.co.uk/news/2020/10/23/ghislaine-maxwells-family-launch-operation-get-new-york-prison/

Listen here In what has been a strange 12 hours, Lisa takes you through Maxwell’s deposition in a Facebook live video. What do we know now? What are all the redactions about? Plus who really is Ghislaine Maxwell. Lisa has a view. We no longer need to ask who the accused sex trafficker and abuser … END_OF_DOCUMENT_TOKEN_TO_BE_REPLACED

Ghislaine Maxwell deposition redactions: How to crack them.

Ghislaine Maxwell deposition redactions: How to crack them. — Read on slate.com/news-and-politics/2020/10/ghislaine-maxwell-deposition-redactions-epstein-how-to-crack.amp

The 400-page plus document has been ordered to be unsealed by Thursday. It is expected to shine an unprecedented light on the murky world of Ghislaine Maxwell and Jeffrey Epstein. — Read on http://www.thedailybeast.com/ghislaine-maxwell-deposition-discussing-her-sex-life-and-jeffrey-epstein-ordered-released-thursday-at-9-am

Something went wrong. Please refresh the page and/or try again.

Who’s Who in the Epstein zoo?